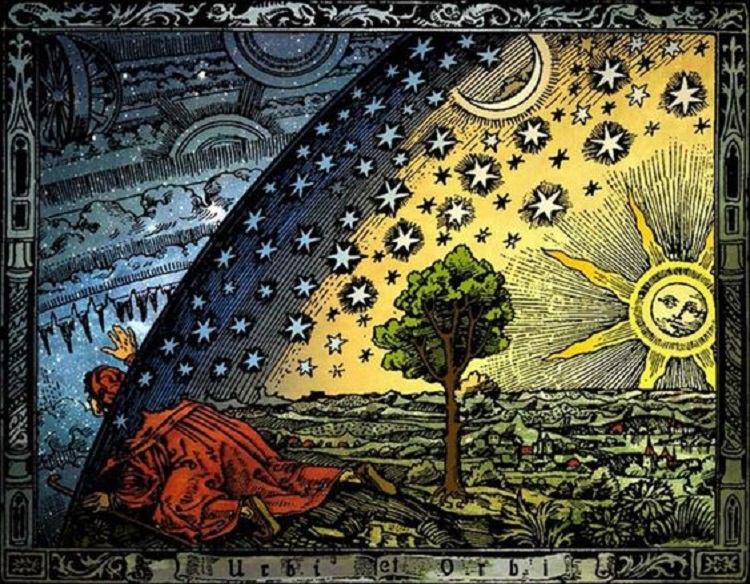 Bernie's reading of Carl Jung's work with the collective unconscious and archetypes inspired Bernie to write this report. Bernie says it deepened his experience of astrology and life in general to have encountered Carl Jung's work. Another influence to The Earth Mandala was the Sabian Symbol work of Marc Edmund Jones and the later writings about the Sabian Symbols by Dane Rudhyar. The Sabian approach was an innovative and intuitive way to observe the degrees of the zodiac, a type of Astrological I-Ching you could say. Perhaps just as key an ingredient to the writing of The Earth Mandala was Bernie's own inner experience of meditation and his own intuitive way of "tuning into" the writing of the material.

Your Day of Birth: You can look up your own month and day of birth. There are challenging and illuminating sections that can be read. This information is intended to help you clarify key reasons for your incarnation. The idea isn't to give you all of the answers but a few clues on how to better understand your mission. Think of this report as helping to point you toward a deeper connection with your life purpose. There are no perfect people so don't feel bad if you read something that seems a bit negative. If we were perfect with no lessons to learn, there would be no reason for being here. Don't you agree? Think of karma or the challenges you face as growth potential. Keep a Positive Attitude when consulting with this report. If you have an open mind and heart, the information can help you find clarity. May your life fill with creative joy and the happiest embrace of Earth's mandala energy!

Your place in the earth includes

American astronaut, the first man to set foot on the Moon, on 20 July 1969, 10:56 PM EDT, with the quote, "That's one small step for man, one giant leap for mankind." He returned home to a New York City ticker-tape parade on 13 August 1969. Armstrong got his private pilot's license on 5 August 1946 at the age of 16. He became a Navy aviator 1949-52, flying 72 combat missions in Korea. He was shot down once and was awarded three air medals. He became an aeronautical research pilot in 1955 and was selected for astronaut training on 16 September 1962.

He flew as backup command pilot of the Gemini space shot on 16 March 1966, when he made the first manual space docking. In May 1968, his jet trainer crashed and he parachuted safely from 12,000 feet. Armstrong was a crewman on the Apollo 11 on 16 July 1969, and made his historic first step on the Moon four days later.

He left NASA in 1971, becoming a professor of aeronautical engineering until January 1980. From then, he was semi-retired, playing golf three to five times a week. He kept his hand in with a cattle farm in Ohio. He flies his own plane, sits on the boards of various companies and is Chairman of the Board of Computing Technologies for Aviation in Charlottesville, VA. 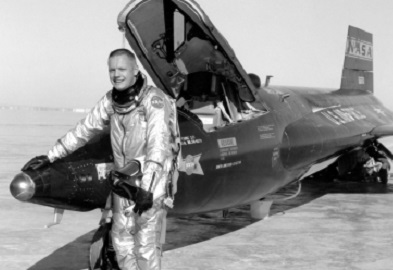