his analysis of the birth chart is based on Ry Redd's study of the Edgar Cayce readings. The language of this report is in Cayce tradition: very esoteric and inspiring.

More about Cayce Past Lives Report

This analysis of the birth chart is based on Ry Redd's study of the Edgar Cayce readings. The language of this report is in Cayce tradition: very esoteric and inspiring.

Outline of Cayce Past Lives Report

Christina Victoria Grimmie (March 12, 1994 – June 10, 2016) was an American singer, songwriter, actress, and YouTuber who participated in the NBC singing competition The Voice and covered hit songs by contemporary pop musicians. In June 2011, she released her debut EP, Find Me. In 2013, she released her studio album, With Love. In 2016, she released her second EP, Side A, and a posthumous release, Side B, was made available on iTunes and Spotify. On June 9, 2017, her second and final album, All Is Vanity, was released posthumously. In 2014, Grimmie was a contestant on season 6 of The Voice and finished in third place. Adam Levine, her coach on the show, announced in the finale that regardless of the results he would sign her to his label 222 Records. Lil Wayne also offered to sign her to his label, Young Money Entertainment. She was signed with Island Records for a short time before being dropped. In 2016 she took on an acting role, making her first and only motion picture appearance in The Matchbreaker. On June 10, 2016, Grimmie died after being shot in a murder-suicide while signing autographs following a concert performance in Orlando, Florida. 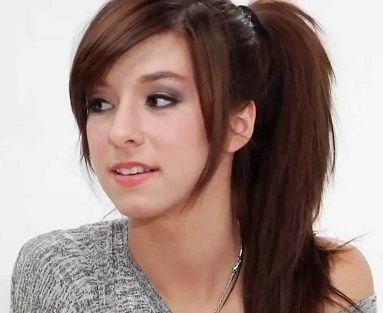