The Solar Writer Zodiac Child report has been written to act as a guide for parents and mentors of children. All parents want the best for their children. We want our children to live happy and fulfilled lives. This can be achieved by recognising and accepting each child’s individual gifts and weaknesses. In accepting these traits, we can help our children overcome obstacles and provide them with as many opportunities as possible to develop their full potential.

The journey from babyhood to adulthood is full of joys and challenges. This report is intended to help parents and mentors to support and encourage their children through the difficult times and to provide them with as much love and joy as possible.

Shirley Temple Black[note 1] was an American actress, singer, dancer, businesswoman, and diplomat who was Hollywood's number one box-office draw as a child actress from 1935 to 1938. As an adult, she was named United States ambassador to Ghana and to Czechoslovakia, and also served as Chief of Protocol of the United States. Temple began her film career at the age of three in 1932. Two years later, she achieved international fame in Bright Eyes, a feature film designed specifically for her talents. She received a special Juvenile Academy Award in February 1935 for her outstanding contribution as a juvenile performer in motion pictures during 1934. Film hits such as Curly Top and Heidi followed year after year during the mid-to-late 1930s. Temple capitalized on licensed merchandise that featured her wholesome image; the merchandise included dolls, dishes, and clothing. Her box-office popularity waned as she reached adolescence.[1] She appeared in a few films of varying quality in her mid-to-late teens, and retired from films in 1950 at the age of 22. 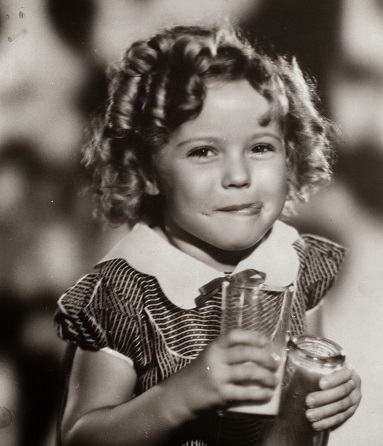