The Life Path Report offers a unique blending of the psychological, spiritual, and material plane potentials found in each individual horoscope. This report gives all planet in sign, planet in house and major aspects interpretations.

More about the Life Path Report

North node interpretations by sign and house position, retrograde planets and elemental emphasis make this a well rounded report. Included is a special section devoted to house rulerships which add yet another level of understanding to the overall picture. A surprisingly comprehensive and insightful report.

American author, politician and the 35th U.S. President from 1961-63, the first Catholic and the youngest man to win the nation's highest office. The son of Joseph Kennedy, a powerful entrepreneur, the youth had a precocious intellect and boundless ambition, and was raised with privilege and a good education. On his 21st birthday, he received a trust fund of $1 million. After graduating from Harvard, Kennedy joined the U.S. Navy in 1941. He served in the Pacific in 1943, commanding a PT-109 boat and was awarded a Purple Heart in 1945. Plagued by constant illness and forever scarred in his boyhood by an absentee father and a cold, remote mother, Kennedy emerged as a rogue who was by turns funny, raunchy and charming. He was raised to win, not to develop good moral character which most of his biographers find sadly lacking. His womanizing was so rampant and careless that the Secret Service had no control of the conquests who came in and out of the White House after-hours - or even during times when the risk of exposure was the greatest. His charisma was such that the man was irresistible, in public and in private, and he remained as the prince of Camelot, a magical time. 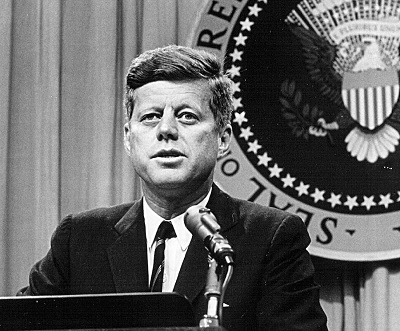